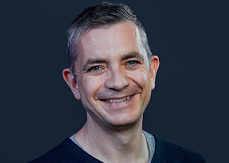 Animation Skillnet with support from Animation Ireland, Screen Training Ireland and the Broadcasting Authority of Ireland are delighted to host a talk by Colum Slevin (Head of Experiences at Oculus VR) on VR Storytelling.

The talk will take place on Monday 6th November from 6.30pm-8pm in The Morrison Hotel, Ormond Quay Lower, Dublin.

Colum Slevin oversees the experiences group for the Oculus VR content team, helping a portfolio of third party developers making 360 video, narrative, and real-time experiences for Mobile VR and Rift. His early background in production for animated TV and features led him to Industrial Light + Magic, where he was Director of Computer Graphics, and later Vice President/Head of Studio Operations at Lucasfilm, where he was responsible for the animation division in California and Singapore. Colum joined Oculus in 2015 from Telltale Games, where he was Studio General Manager. He is obsessed with movies and, while he can never choose his favorite film, his current favorite quote is from Pulp Fiction: Mia asks “When in conversation, do you listen, or do you just wait to talk?” Vincent thinks about it and then responds, “I wait to talk, but I’m trying to listen.”

Please note that this talk is free but that places are limited and allocated on a first come first served basis.