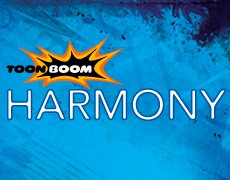 The course will cover:

• Using the basic drawing tools.
• Rigging a character using pegs, bones and deformations.
• Developing an understanding of the Network which controls character rigs.
• Setting up and animating various scenes designed to test and explore the challenges and capabilities of Toonboom Harmony.

This course is aimed at individuals working or training to work in the animation industry who wish to gain an understanding of the programme Toonboom Harmony. The course represents an ideal opportunity for intermediate/experienced animators to upskill, learn software which is becoming increasingly vital to the industry and to increase job opportunities. The course is also open to animation students though It should be noted the emphasis will be on learning to use the software for animation and not the teaching of basic animation principles.

Allan White has worked in the industry as an animator, rigger and animation supervisor since 2006. He first began his professional career with one of Ireland’s largest studios, Boulder Media. In his time there he worked on many high profile projects for Nickelodeon, Cartoon Network and Disney including ‘Fosters Home for Imaginary Friends’, ‘El Tigre’, ‘The Amazing World of Gumball’ and ‘Randy Cunningham Ninth Grade Ninja’. In the past eight years Allan has also provided service work for several of Ireland’s other top studios including Brown Bag Films and Tree House Republic. At the beginning of 2013 Allan took on a role as Animation Supervisor with upcoming studio Magpie 6. There he received extensive training on Toonboom Harmony and worked on Ireland’s first full scale production to use the software, ‘Inis Spraoi’ a 26 x 11 Minute series for RTE. He has since returned to Boulder where he is head of rigging on the second series of Disney’s ‘Wander over Yonder’.

Payment can be made by credit card online (a link will be sent to you) or by cheque/postal order payable to Animation Skillnet C/O Dublin Business Innovation Centre.