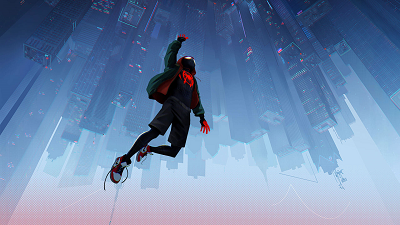 Registration for these master classes is only open to those who have already bought Animation Dingle festival passes.

The deadline for registrations is Friday 8th March.

Biography: Wouter is a freelance character designer from the Netherlands. Starting out as a freelance illustrator, Wouter created many different kinds of illustration, like children’s book illustrations, book covers, newspaper illustration and caricatures. This variety of work made him a versatile artist that eventually led him to becoming a character designer for feature animation, now working for international clients from the movie industry, such as Sony Pictures Animation, Paramount Pictures, Locksmith Animation and many more. Wouter also teaches online at https://www.schoolism.com/. You can see more of Wouter’s work here: http://www.woutertulp.nl/

Biography: David had a camera of some kind in his hand since age 12 and began shooting catalog & fashion photography professionally by age 17.  He “pretended” to go Film School in San Diego just to gain access to equipment to shoot music videos and commercials. David gained fundamental digital production experience at a growing tech company that colorized classic B&W movies. There he helped develop the first commercial digital ink & paint system in 1989 which launched his career in animation. David is also named on multiple patents & contributions for production software and continues to combine his passion for cinematography and computers with 15 animated features to date, Spider-Man: Into the Spider-Verse was his 10th as a Camera Supervisor. Studios include; Amblin, Dreamworks, PDI, and Sony Pictures Animation. Credits include; Spider-Man: Into the Spider-Verse, Arthur Christmas and Cloudy with a Chance of Meatballs.

Master Class Title: The Camera Language of Spider-Man: Into the Spider-Verse

Biography: Matthias worked as Art Director of Environments on Ralph Breaks the Internet, collaborating with others to define the style of the film’s environments and sets, supervising the art department and providing artistic guidance within the design team, environment modeling and the environment look department. He previously served in the same role for Walt Disney Animation Studios’ 2016 Oscar® winner “Zootopia.” Matthias joined Disney in 2012 as a freelance visual development artist from his home in Vancouver, working on a very early version of “Zootopia.” As the project ramped up into full production, he relocated to Los Angeles two years later. Prior to joining Disney, Matthias served as art director and/or production designer on a host of projects, including “Escape from Planet Earth” for Rainmaker Entertainment.

Biography: Originally from Dublin, Mark has literally been around the world chasing his dreams. Starting his career as an Architect in Ireland, he discovered a love for 3D and set up his own architectural visualisation company. Building from this he retrained as an Animator, moving to the UK to work in the games industry. Emigrating to Melbourne, (Australia) he became the Technical Art Manager at Transmission Games with responsibilities including in house mentoring. Education became his primary focus, lecturing in several top Australian universities and industry training with Ford, HTV, Pluralsight and Pixar. In 2017 he moved to Vancouver, (Canada) to work as a trainer with Dneg, on shows such as “Wonder Woman”, “Annihilation” and the Oscar winning “Blade Runner 2049”. In 2018 he completed his circumnavigation, in order to work with Industrial Light and Magic in London as their Technical Trainer!