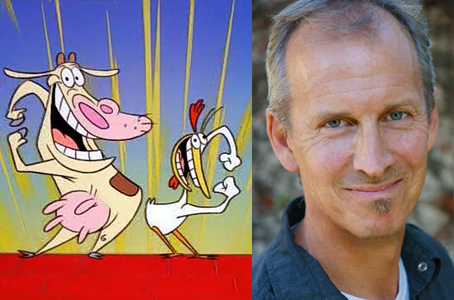 Animation Skillnet with support from Screen Training Ireland are excited to host a masterclass in Dublin with Animator, Writer and Director, David Feiss (Cow and Chicken, I am Weasel, The Ren and Stimpy Show).

This half-day masterclass will cover:

Participant Profile:
This master class is aimed at graduates and professionals who want to further their understanding of the story boarding process for features and television; as well as gaining valuable insight into the writing, design and development of the acclaimed animated TV series, ‘Cow and Chicken’.

David Feiss  is an American Animator, Writer and Director. He joined Hanna-Barbera around 1978 while still a teenager and worked on many series including the 1980s revival of The Jetsons. He was also a key animator on The Jetsons movie. In the 1990s he co-animated the Ren and Stimpy pilot “Big House Blues” for Nickelodeon, and was an animation director on The Ren & Stimpy Show during its first season. He also served as a supervising producer and storyboard artist for Alvin and the Chimpunks in the late 1980s during the DIC Entertainment era with Don Spencer. Feiss created the Cartoon Network original series, Cow and Chicken and its spin-off, I Am Weasel and in both series, Feiss directed every episode and also worked as a writer on some episodes.

Please note there are limited places available on this half-day course.

Registration for this event is now closed