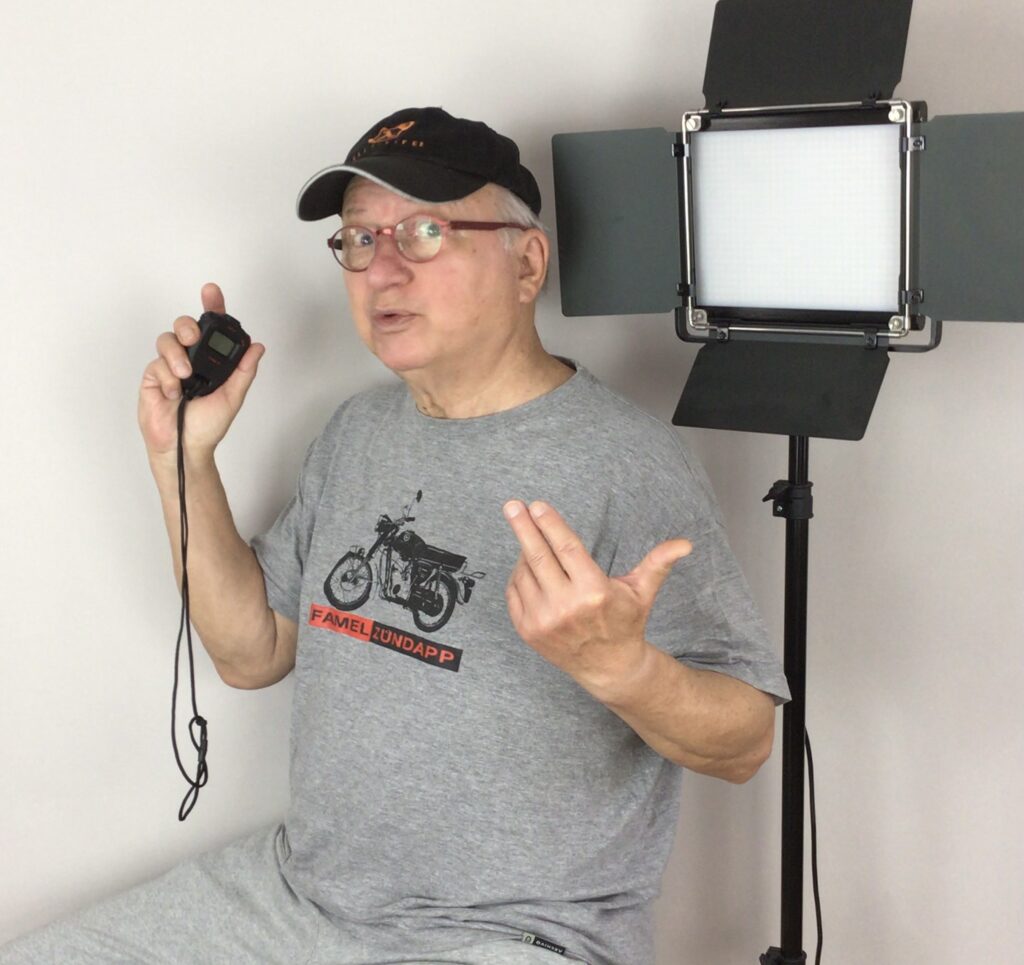 Animation Skillnet is delighted to welcome Ed Hooks for this course in two parts.

This masterclass in acting is designed specifically for animators, not stage and movie actors.

An animator needs to be familiar with the same acting principles as the stage or movie actor, but she does not need to train to be an actor.  Stage and movie actors are trained to perform in the present moment under great stress, with lights, cameras and hundreds, thousands, even millions of people watching.  Actors therefore work on sensory isolation and relaxation, in addition to voice projection..  The animator, by contrast, does not need sensory training as part of her skill-set.  He does not need to work on physical relaxation or voice projection like an actor does.  An animator is not an actor, but he should understand and be able to apply acting theory.

Acting for Animators should not be confused with Laban Movement Theory or any other movement-oriented training, such as pantomime.  Movement training may be very excellent stuff, but acting performance has to do with purposeful, emotion-driven action, not specific forms of movement.  Acting is Aristotelian in that it is about pursuing objectives, overcoming obstacles.  Nor should Acting for Animators be confused with classes in improvisation.  Improv exercises are fun and are excellent for improving a shy person’s social skills and group communication, but improvisation functions on the premise that the performer is the actor which, once again, is not the case in animation.

Ed Hooks has enjoyed two significant, sequential theatrical careers.  He first worked as an actor for almost thirty years, during which time he also wrote several books on acting and became a respected acting coach. He was trained as an actor in New York, where he appeared in many stage plays (1970-1976) plus TV Soap Operas and hundreds of TV commercials for major companies like AT&T, Bounce Fabric Softener, Dawn Dishwashing Liquid, Excedrin, Traveler’s Insurance and McDonald’s.

He taught at his own private acting studios in Los Angeles, San Francisco and, later, Chicago.  In 1996, he was invited to teach acting to animators at PDI/DreamWorks in Palo Alto, California, when that company was working on the movie “Antz”, starring Woody Allen.  After “Antz” – which was only the second CG feature film ever made – was released, he wrote the book “Acting for Animators”, and it was quickly embraced by the entire animation industry.  Today, it is available in a revised 4th edition, published by Routledge in London, and he designed his Acting for Animators masterclass.  Altogether, Ed Hooks has spent over 50 years working in the entertainment industry!

Since 1996, Ed Hooks has primarily been known for his work with animators.  He has presented his Acting for Animators masterclass in over 35 countries, including Russia and China, and has taught 200,000+ individuals – literally, a generation of animators.

This course is open to professionals, recent graduates and freelancers in the Animation, Games and VFX industry with a current, valid address in the Republic of Ireland.

Requirements for the course:

This course will be taking place using Zoom. Participants will need to have a good internet connection and a device with Audio, Webcam and Microphone for live chat sessions and feedback.

To apply, please fill in the application form below before Monday 12th of April at 12pm:

All applicants will be notified by email on Tuesday 13th of April.

PLEASE NOTE THAT PLACES ARE LIMITED AND THEREFORE WE CANNOT GUARANTEE THAT ALL APPLICANTS WILL BE FACILITATED.