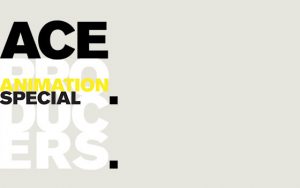 ACE Producers has selected 18 experienced independent producers for the ACE Animation Special 2021. The intensive workshop is designed to deepen their knowledge of developing and producing long form,feature film and series animation production for an international audience including cinema, broadcast as well as streaming. Producers applied with animated features and series projects in early development. Originally set to take place during Animation Dingle it was postponed to late June 2021 in Dublin due to the current situation. The selected producers will kick off the workshop with an online session in March giving them the opportunity to benefit from the online Animation Dingle programme.

Of this year’s event, ACE director Jacobine van der Vloed said, “We’re thrilled to be joining with our Irish partners once again for the Animation Special. Of course, the fact that we’re not going to be in Dingle in March is disappointing for all involved, but after our experience last year, we’re confident of delivering a dynamic workshop that will offer our producers the key knowledge to make their way in the animation industry.”

Topics covered include story development, visual world building and asset creation, international production workflows in multi-country co-productions, financing strategies, physical line production, the integration of an animation department into an existing (film-) production company as well as an assessment of the demands and expectation of broadcasters.

Strengthening independent producers, ACE Producers uses the power of the ACE Network’s collective knowledge to tackle the challenges and seize the opportunities in an everchanging industry.

ACE Producers enables profound collaborations through honest dialogue in the safe trusted space of the ACE Network and fosters valuable exchange of high-level knowledge about the independent audio-visual industry in Europe and beyond.

ACE Producers provides top quality executive education in European creative producing and entrepreneurialism. ACE Producers is strong through the unique combination of high-quality personnel and training, integrity, deep connectivity, commitment to sharing and learning, and collegial membership of the network.