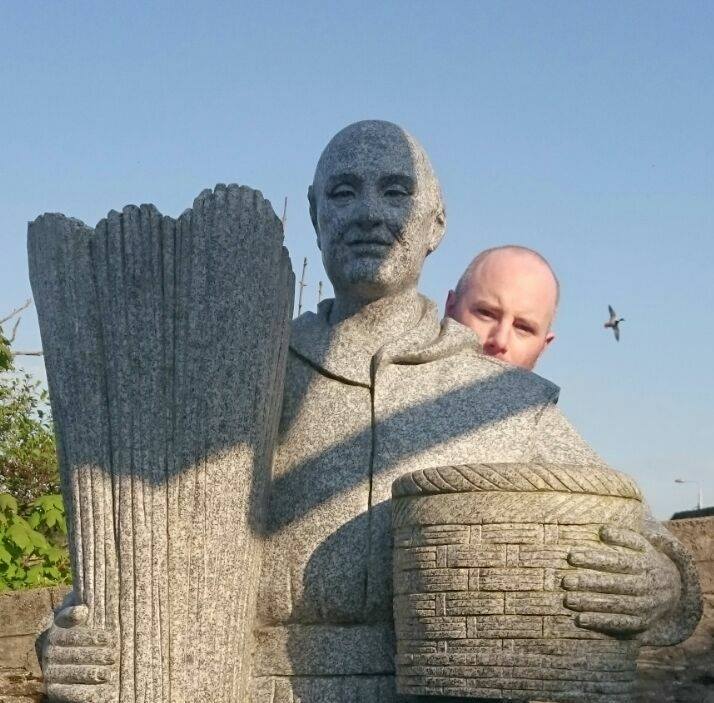 Today, we meet Animator and Lecturer John Peavoy, who will be tutoring our April course: Moho Dojo: An insight to Moho™ Pro Animation Software.

Hi John! Can you tell us a bit about yourself and how you got into animation?

I really got into animation as a teenager as I had seen lots of great animated shorts on TV. They where so much more different and interesting than the regular film/TV stuff I thought; Yeah, I’d love to do that for the rest of my life. Well, it wasn’t the easy road my 16 year old self imagined but I was lucky enough to meet some great people along the way who gave me advice and guidance. My first real breaks into the industry were working on short films with Steve Woods, who had been a lecturer of mine, and really enabled me to get a start with my career.

When and why did you start working with Moho™? Did you get a specific training?

I started working with Moho, or Anime Studio Pro as it was called at the time, back in 2011. I began work as an animator in A Man And Ink with Jeremy Purcell and Lorraine Lordan. Jeremy had used Moho as digital animation solution on Cartoon Saloons’ The Secret of Kells. I got training with A Man and Ink who were using it then as an animation production software and had animated Miss Remarkable and Her Career, which went on to win a crystal in Annecy. When The Song of the Sea began at Cartoon Saloon, Moho was needed again for the production and since then Moho has remained the vector 2D software of choice for in-house productions at the studio, which is the reason I was needed up there.

Can you tell us about the main similarities and differences between other software and the version you will be using during the course?

Moho differs from other 2D vector software in that it is largely weighted to the creation of animation on a bone rig system. Think of it as 2.5D! Other software can offer the flexibility of the creation of vector graphics and the setting of graphics to bones for manipulation of such, however Moho is specifically designed to do this with the entire animation. It has a dynamic set of tools for IK rigging with mesh and vector manipulation, coupled with a robust set of drawing and creation tools that can compliment the artwork. On top of that, it also offers the ability to work frame by frame drawing by hand, as well as a set of physics and particle tools built in, giving you a choice of doing fx in camera instead of having to rely on cumbersome compositing solutions.

Are there any changes or improvements you would like to see in future versions of the software?

I am working with the developers right now on the upcoming release, and I can say there are some new creative tools coming online that should really move the software toward the idea that it is becoming an all-in-one creative solution!

What artist inspires you the most at the moment?

Animation-wise it has to be The Line animation studio, they always seem to do incredible work!

Artists that are really inspiring me right now have to be Andrea Serio warm pencil work and astonishing light. Sydney Smith has been doing some beautiful dreamlike work…

Finally, is there an upcoming animation artist you would like us to discover?

I am have become more convinced of late Kim Kelly is some form of magical wizard as there is little she can’t do.